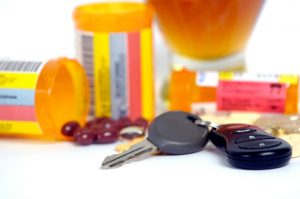 So you’ve been stopped by police on the roadway in Pennsylvania and it’s determined that you are operating your motor vehicle after having taken a prescription drug, one that was legally prescribed for you. Are you in violation of the law? What are the potential consequences?

According to Section 75-3802 of the Pennsylvania statutes, you may not be in actual control of the movement of a motor vehicle if there is “any amount” of a prohibited substance in your blood. Accordingly, a police officer can pull you over and can arrest you based on any reasonable suspicion that you are under the influence of a banned substance. The statute does not require actual evidence of impaired driving—a police officer may make the stop and arrest on any reasonable evidence.

Under Pennsylvania law, you can face a DUID charge if you have any trace of any controlled substance regulated by the federal government in your bloodstream. However, the drug does not need to be on the list of controlled substances, but need only be shown to have impaired your ability to drive. Pennsylvania recognizes the implied consent rule, which holds that, by getting behind the wheel of a motor vehicle, you impliedly consent to take a blood test when there’s probable cause to suspect driving under the influence. If you refuse, that evidence can be used against you at trial.

Don’t lose your license or go to jail. Let us fight to protect your rights!

There’s no charge for your first consultation. We are available to meet with you evenings and weekends, if necessary, and can travel to your home or to detention to discuss your case. We accept all credit cards, as well as PayPal.