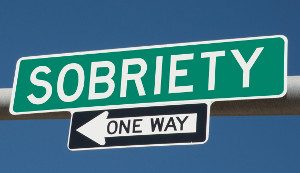 Officials at the North Penn DUI Enforcement Team ran sobriety checkpoints in North Penn, Towamencin and Hatfield in mid-September, setting up roadblocks at strategic points in Montgomery County in an effort to get impaired drivers off the county’s streets. According to Hatfield police chief William J. Tierney, they also mobilized roving DUI patrols, focusing primarily on state roads 63, 113, 309 and 463. A spokesperson said the locations chosen were sites where unsafe driving and alcohol-related crashes have occurred in the past. Officials also said they checked for compliance with a number of other laws, including proper use of child restraint, proof of insurance, valid operator’s license and vehicle registration.

The Constitutionality of Sobriety Checkpoints

Though 12 states have found sobriety checkpoints to violate the provisions of the 4th Amendment to the U.S. Constitution (banning illegal search and seizure), such operations are legal in Pennsylvania. Under the 4th Amendment, a law enforcement officer must have “probable cause” to make a traffic stop, so that police generally cannot randomly stop motorists to determine if they are violating the law. The U.S. Supreme Court, though, has carved out an exception to the requirement of probable cause for sobriety checkpoints, ruling that the risks inherent in drinking and driving outweigh the potential invasion of privacy afforded by the Constitution.

As a general rule, the states, such as Pennsylvania, that still allow sobriety checkpoints impose guidelines for law enforcement agencies to follow when setting up such operations. One of the most common is the requirement that police provide advance notice that checkpoints will be set up.

Don’t lose your license or go to jail. Let us fight to protect your rights!

There’s no charge for your first consultation. We are available to meet with you evenings and weekends, if necessary, and can travel to your home or to detention to discuss your case. We accept all credit cards, as well as PayPal.